Beware of Apple’s valuation. Why most p/e-ratios are badly calculated. 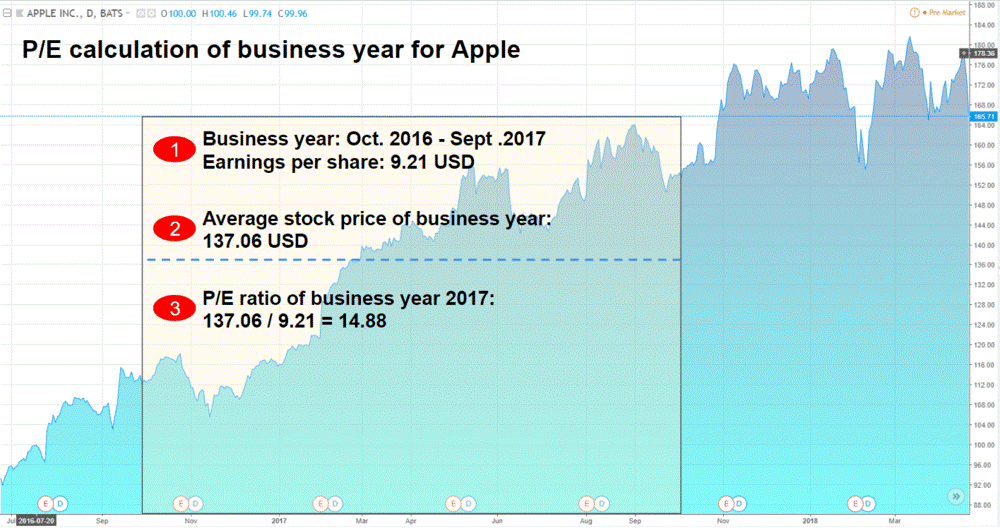 This article is not about sense or none-sense of applying the p/e ratio (price-earnings-ratio) for valuations. It’s about the hidden fact that most of the financial industry calculates this metric wrong. It will show this using Apple (AAPL) as an example.

How the financial industry calculates the yearly p/e ratio

Usually, the p/e ratio is based on the calendar year and calculated using the stock’s price at year end divided by the earnings of the business year. Morningstar calculates the p/e ratio 2017 for Apple as shown in the picture below: 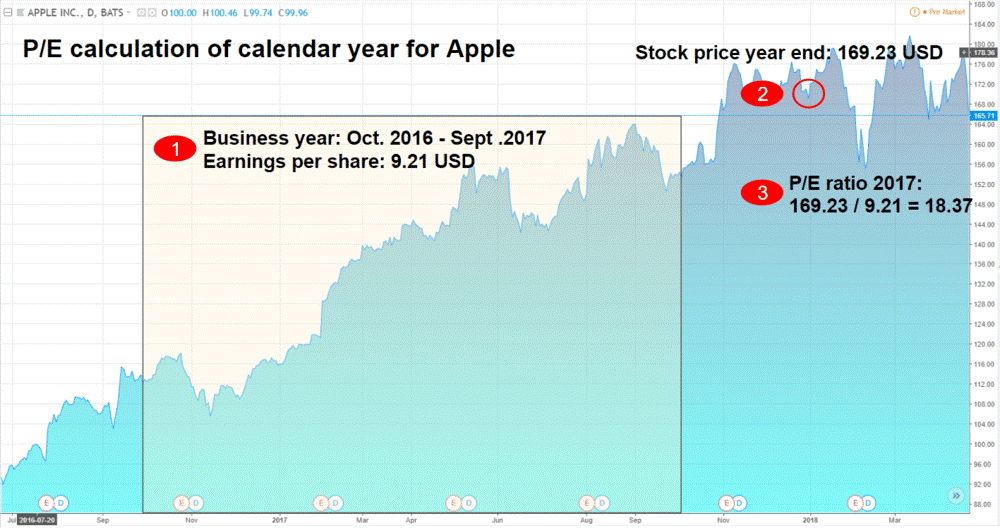 This is how the yearly p/e ratio for Apple and other stocks is calculated. Source: TradingView.com

Yet, the stock’s price on year end was higher than on any day during the business year. This kind of calculation has two systematic flaws:

How Apple’s p/e ratio should be calculated

It’s much better to determine the p/e ratio by calculating an average price based on all closing prices of the company’s business year. Doing so, the calculation of the p/e ratio 2017 for Apple looks like this:

This method of p/e ratio calculation considers the pricing level during the business year. Source: TradingView.com

Debating about the calculation of the p/e ratio is not purely academic but impacts our understanding of valuation.

According to Morningstar’s P/E ratios, Apple’s current P/E ratio of 18.36 seems to be in-line with 18.37 in 2017. Yet, we have seen that 18.37 is based on a single stock price, three months after the business year ended, and exactly when it reached a new all-time-high.

In my understanding, 18.37 is not representative for 2017. In contrast, 14.88 is a more accurate number, because is respects the average valuation of Apple during the business year. In this regard, instead of staying on the same valuation level, Apple became clearly more expensive.

Valuation of Apple based on p/e-ratios calculated by Morningstar. Source: http://www.morningstar.com/stocks/xnas/aapl/quote.html

Thus, by applying correct p/e-ratios may draw a completely different picture of the valuation. In case of Apple, the p/e-ratio of 14.88 in 2017 represented a slight over-valuation compared to the 10-year p/e-ratio. Today, a slight over-valuation became a significant one, which is in stark contrast to what Morningstar and other financial data providers show. 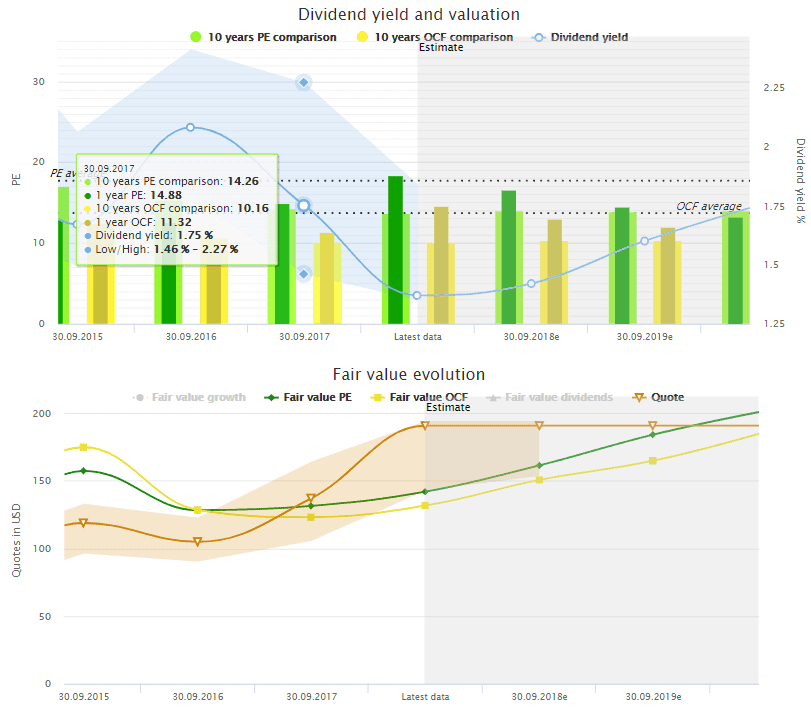 Using Apple as an example, I showed that the widely used p/e-ratio calculation is flawed and valuation results may greatly differ if the real pricing level of the stock during the business year is considered instead a single price possibly months outside the business year.

I am the founder of DividendStocks.Cash. The platform for long-term investing in stocks to profit from capital gains and growing dividends. It took me over 20 years of practical stock market experience as well as several jobs in the financial industry in Frankurt am Main, where I worked as a software developer and software architect. Apart from Aktienfinder.Net, I publish articles, columns and videos about the stock market on the following platforms, depending on my time and desire: Seeking Alpha (English), Born2Invest (English), Investing.Com (German), Ariva.de (German), Wachstumswerte.Net (German) and on YouTube in both German and English. 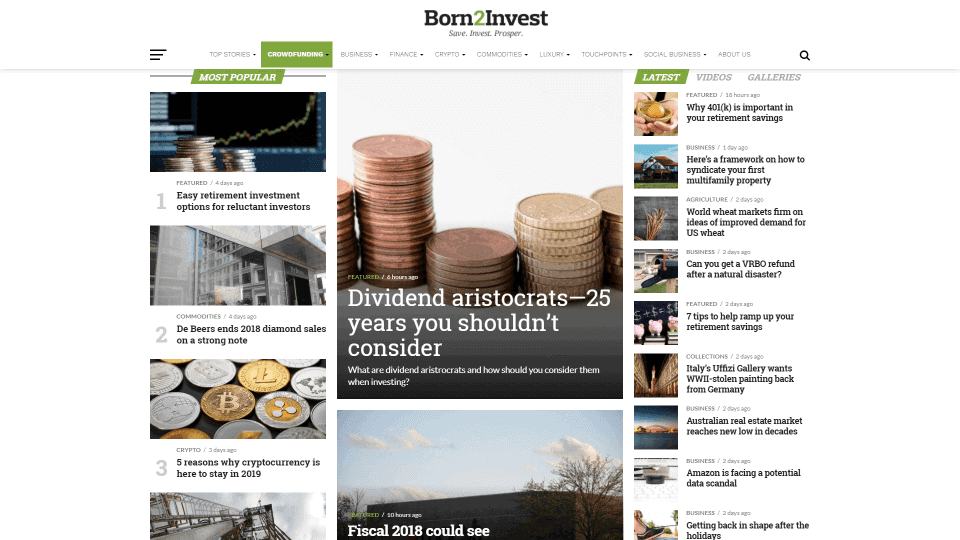 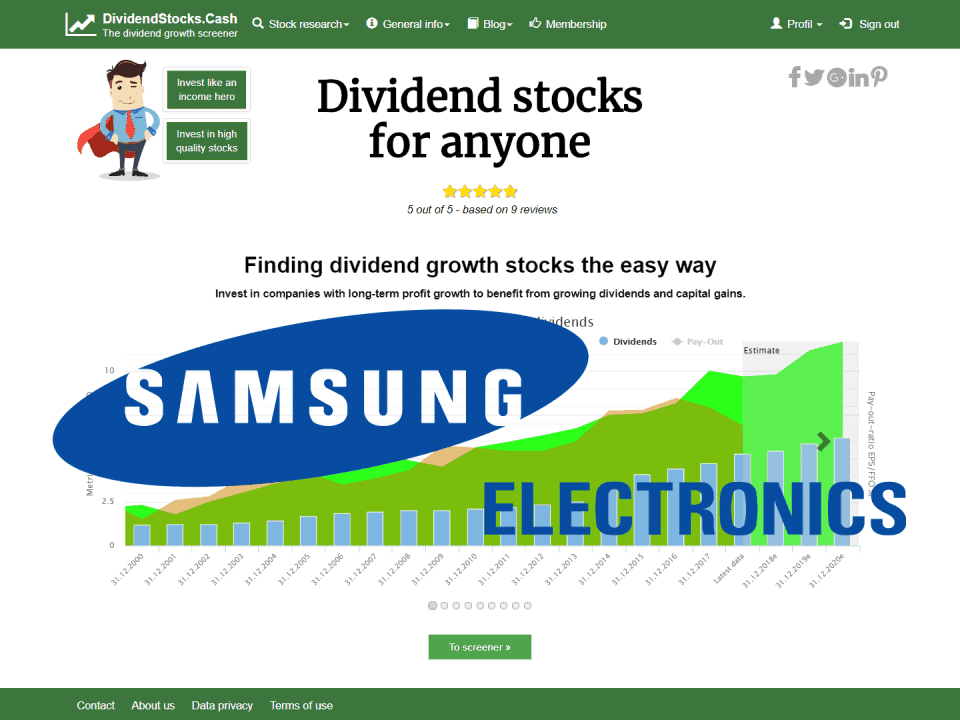 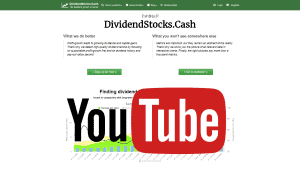